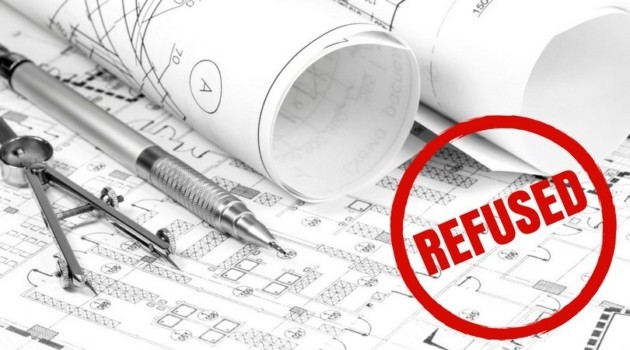 The problem with planning...

Planners; are they the most influential, unelected people?

They have the ability to make a farmer fabulously rich overnight or bankrupt a developer.  They have the least qualifications (deliberately provocative, of course!) of any consultants that can influence government policy, write policy for local councils, dictate on policy and they have the final word on every planning application from every applicant; from the lowly Mr Smith who wants a new garden shed, to the Lord Mayor of London who wants a gigantic extension…

In actual fact, the appeal process is always available as a final word on any planning application, which is run by the inspectorate from Bristol.  As an entirely independent body they have the final word and are truly independent.  This is one industry where the ‘ombudsman’ is not so difficult to contact that 99% of the population are scared away before embarking.   Normally, to take on a giant requires a lot of money and a huge amount of nerve – not with the Planning process.  It’s a remarkably simple and cost-free process (or it should be!), unless you pay a consultant to make the applications.  Appeal is a way of saying to the local council “actually, if I don’t like what you’re teaching me I can go to the headmaster and report you.” They don’t like that.

Moreover, there are ‘permitted development’ opportunities that do not require a full planning process.  Since 2013 the opportunities for permitted development have been widely extended to include a large variety of applications that otherwise wouldn’t have been possible.  Headoffice3 have built over 1000 homes in the last 3 years without planning permission using this process.  The largest currently is a 184-apartment block in greater Manchester in an old chemical works office block.

But can planners influence the PD, no-planning required process?

Technically, there shouldn’t be any need, but of course, they are bound to try.  What they fail to understand is that developers do not set out to develop for love. The restrictions or more desirable locations are often more expensive and therefore turn developers off as they’re less likely to profit if costs, mainly development stock and planning costs, are too high. So, we end up with a no-win situation for anybody. Our argument is based on reason – develop areas that are cheaper such as disused office blocks and you’ll get more affordable or relevant living spaces, developers achieve profit and you’ll get a boost to the local area while you’re at it.

Here are some ways that they are increasingly starting to work against the legislation from Whitehall which, incidentally, is losing them fees and creating homes in what they would deem less-desirable locations, or to sizes and scale that they can’t control.

Since the government set out the policy in 2015 to build 1,000,000 new homes by 2020, requiring 200,000 homes built per annum, they have spectacularly failed to achieve anywhere near this amount each year.  But has this been down to government planning policy, or the nature of local councils and their application of that policy? Because it is certainly not demand that is the barrier.

The interesting thing is that despite encouraging new home building the local planners fail to encourage PD applications that will save time in planning process. By extending the PD Regulations, Whitehall has rested control away from the local planners.  The PD process, for planners, is the proverbial offspring ‘flying the coop’ and they don’t like it.

Despite being required to provide land for self-build homes, planners are not doing it to the extent required… Why?  We live on an island on which 9% of the land is untouched by human developments. Is it really so complicated?

Despite the NPPF requiring a presumption in favour of development there are still many planners with a policy-driven stance of planning objection.  Of course, this statement is made in the opening paragraph, but then there are over 65 pages of clauses they have to apply to that statement.

And despite the NPPF being a national framework, it is open to interpretation by 100 local councils in 100 different ways.  Isn’t the anglo-saxon language a pleasure to deal with when you want a simple no-contradiction translation… when a simple word like ‘set’ has 464 different meanings in the Oxford dictionary of the English language, maybe the NPPF should have been written in French.

So is the solution a privatised planning process?

I know many developers share the opinion that if the planning office depended on its clients for income it would be bankrupt.  How many companies could survive if they didn’t answer the phone when they were busy?   How many companies could make a profit if they rejected their clients’ enquiries rather than work with them to achieve a positive solution to their problem?

The Planning office seem to fear that a positive proactive, pro-development approach towards all residential developments will result in an unhealthy relationship and bribery from developers. What a vote of confidence!

Why not, in fact, open the doors to healthy discussion and take advice from a professional industry that knows what works, and has a commercial approach towards development?  Remembering that planners have rarely been in business, it may be helpful to listen to a business tip from someone who has.

And what’s more, their view of a stereotype developer as a cash rich capitalist with a land bank waiting to amass millions by stealth planning applications isn’t a true picture; mostly they’re struggling to make a profit due to the costly planning process umpired by adversarial, unelected, influential poorly experienced town planners.

Or are they just doing a difficult job properly?  What’s on the other side of the coin?  Please share your views.